Straight off of Ontario Contact, the Ontario Presents team blazed into another large scale performing arts conference for stakeholders in the international Classical Music sector - IAMA Toronto 2016, produced in partnership with IAMA (International Association for Artist Managers) based out of the UK. The event drew guests from across Canada and the world for three days of thought-provoking discussions, curated Canadian Classical Music showcases and meetings. The encompassing theme of the conference was “Cultural Crossroads”, which used Toronto as a backdrop for building relationships for Canadian classical music in the international marketplace and explore avenues of supporting diversity in delegates’ respective communities. 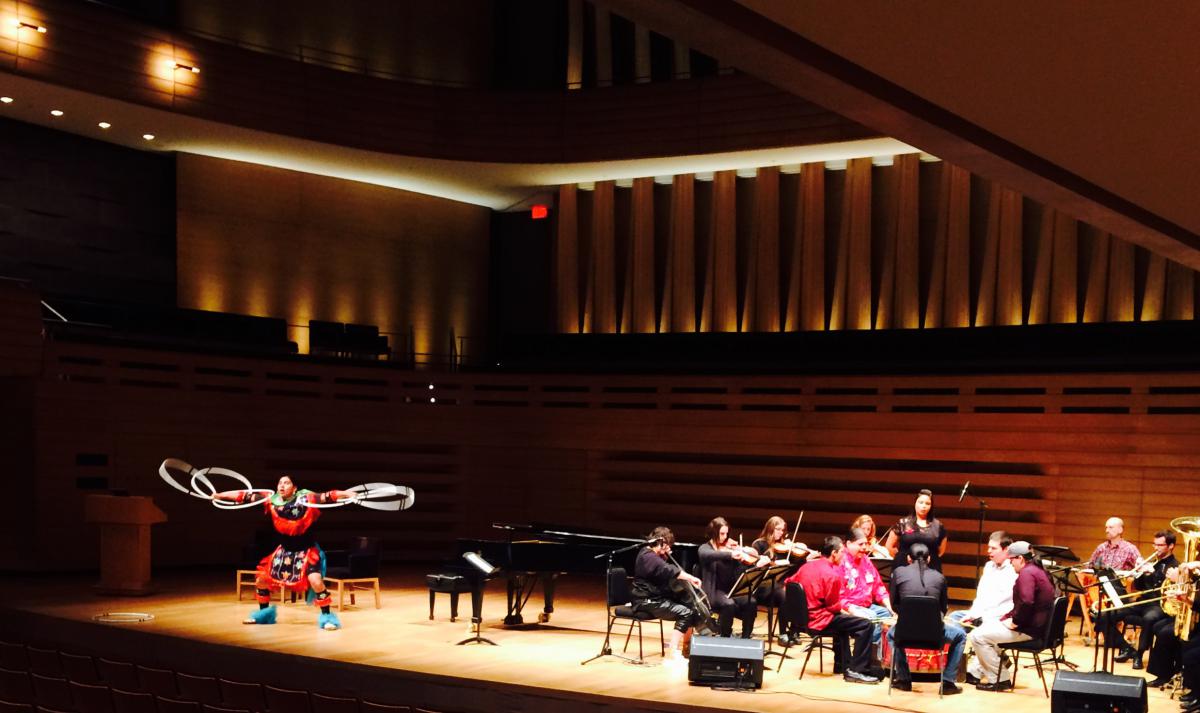 The conference also introduced delegates to a different definition of “classical music” which was displayed in the varied showcases that explored from  Chloe Charles and her contemporary classical stylings to the electrifying Cris Derksen’s Orchestral Powow to Constantinople, which converges classical repertoire from Middle-East and Western traditions.

Over the three days, there were five sessions led by the the most prominent movers and shakers in the international classical music sector. This included a keynote interview with Peter Oundjian, Music Director of the Toronto Symphony Orchestra and Kinan Azmeh, Clarinetist and Composer; a noteworthy panel on the role of conservatories in the career development of their graduates with Jenny Billfield, President & CEO of Washington Performing Arts Centre; Paola Prestini, Composer & Director of National Sawdust; Dr. Peter Simon, Director and CEO of The Royal Conservatory of Music. The third panel discussion demonstrated three directors who are approaching the programming of their seasons based on the demographics of their communities. The panel was illustriously populated by Kim Gaynor, General Director of the Vancouver Opera; Josephine Ridge, Artistic Director of Luminato Festival and Krishna Thiagarajan, Cheif Executive of Royal Scottish National Orchestra. The fourth panel concentrated on the challenges that organizations face when seeking to engage artists and communities with Alicia Adams, Head of International Programming at the Kennedy Centre; Adrian Fung, Vice President, Innovation, Toronto Symphony Orchestra and Cornelia Schmid, Managing Director of Konzertdirektion Schmid. The panelists shared their ideas on management models with each other and participants to begin to solve this issue and open the doors for engagement. The final presentation by Peter Maniura from the BBC, his subject matter pertained to the Digital Challenges for the Performing Arts, where he worked through several case studies of digital initiatives he had launched with the BBC and its partners. Throughout, he also explained the best strategies for creating engaging content for audiences in a digital manner. Mr. Maniura’s session provided foundations for creative ways of telling one’s story, a valuable takeaway for those in attendance. 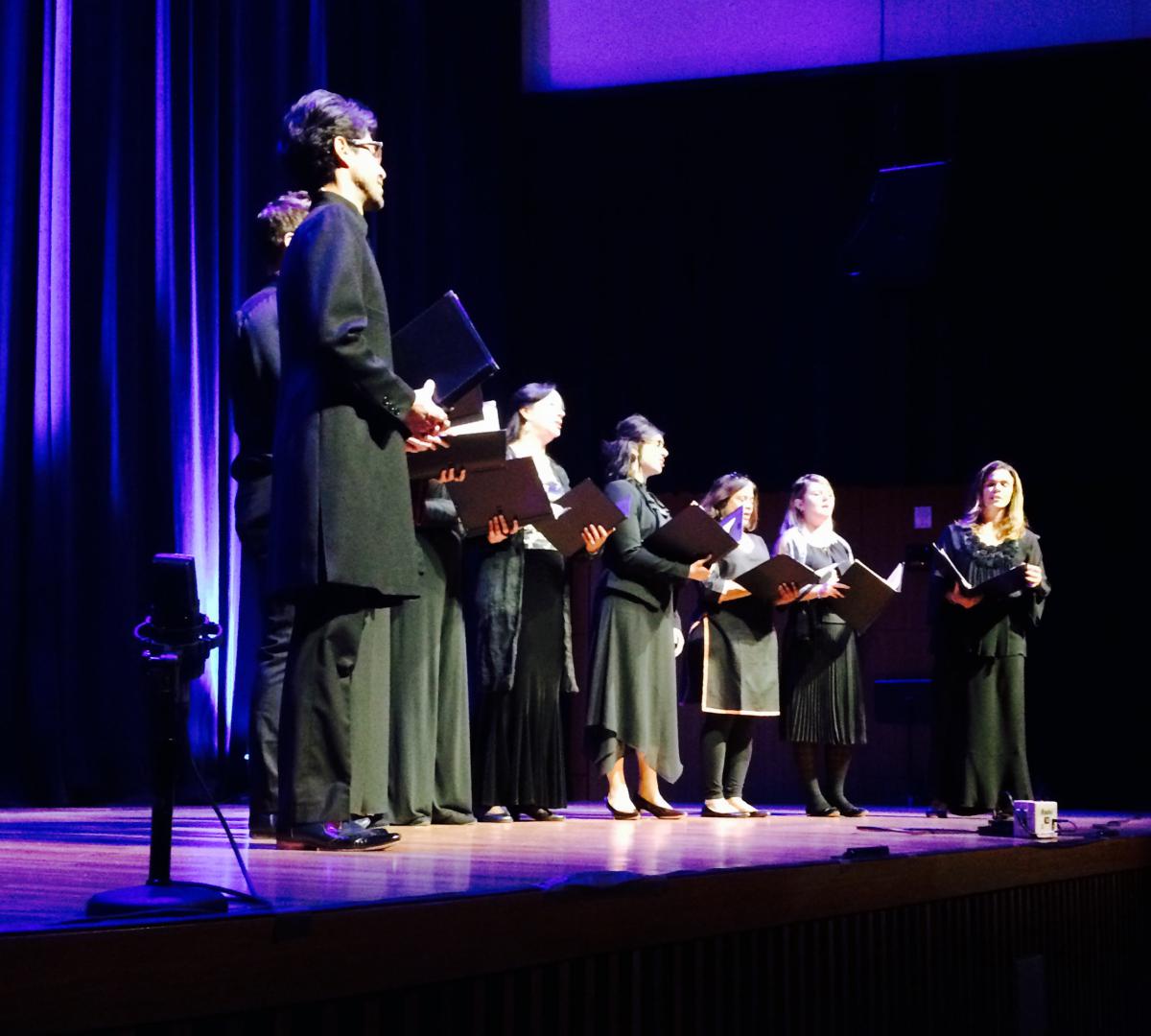 A unique aspect of this conference was the four original works that were commissioned with the support of the conference and chosen by the Toronto 2016 Organizing Committee. The first was a composition commission, with Cris Derksen’s Orchestral Powow, which powerfully invited the delegates into Koerner Hall on the opening day of the conference before the opening remarks. The second was composed by Dinuk Wijeratne performed by Dinuk Wijeratne and Kinan Azmeh which mesmerized the whole of Koerner Hall. The third, “The Lampman Songs” composed by James Rolfe for The Gryphon Trio with Carla Huhtanen. The final piece, “These Trees, The Lungs” was composed by Hussein Janmohamed performed by Awaaz Ensemble which created an atmosphere of enchantment inside the concert hall at The Aga Khan Museum.

Following the final commission, delegates were treated to a tour of The Aga Khan Museum’s gorgeous collections before heading back downtown for the closing dinner. Since it’s closing, the conference garnered tremendous feedback and the team has high hopes that the conference opened doors for Canadian classical music in the international marketplace.

IAMA Toronto gratefully acknowledges the support of the Canada Council for the Arts, The Department of Canadian Heritage, Ontario Arts Council and Toronto Arts Council.

September 9, 2022
The Meet The Artist series highlights amazing and talented performing arts professionals from diverse backgrounds.         We’re back with this month’s featured artist. We encourage you to watch...

August 2, 2022
The Meet The Artist series highlights amazing and talented performing arts professionals from diverse backgrounds.         We're back with this month's featured artist. We encourage you to watch...