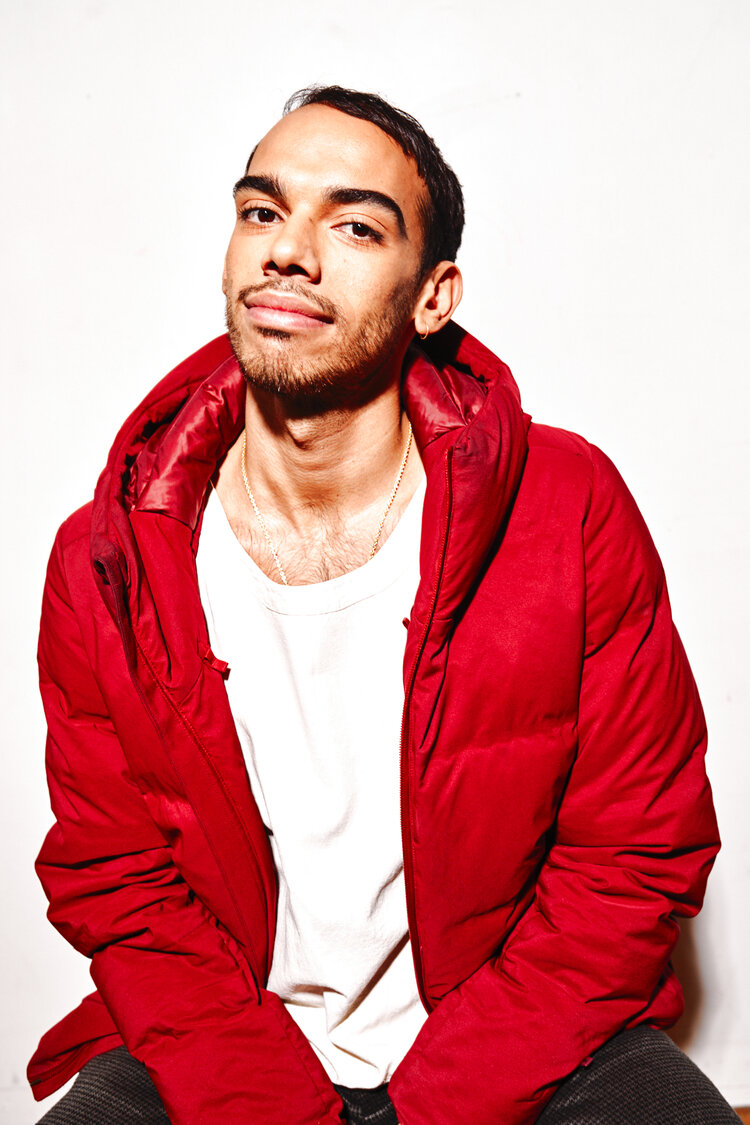 Augusto Bitter is a Venezuelan-born, Dora Award-winning performer, writer, facilitator, and artistic producer for stage and screen based in Toronto. They have been a resident artist at Canadian Stage, Aluna Theatre, Theatre Passe Muraille, and hub14. Augusto is developing commissions for Factory Theatre’s Year of the Rat (Feb 2022) and for Soulpepper and the City of Toronto’s Awakenings programming at Spadina Museum. Augusto’s first play, CHICHO, is also a short film in post-production, and they are developing a long term dance-theatre piece, Reina, with musician Y Josephine.

My name is Augusto Bitter. I am an actor, performer, writer, producer, and facilitator teacher. I do a little bit of everything; whatever pays the bills. I work across the stage, screen, and radio voiceover. I’m based in Toronto. I’ve been here for seven years, but my family is still in Alberta where I grew up and before then, I was in Venezuela, where I was born.

In 2019 you won a Dora award. Can you tell us why you received an award, what it was for and what that experience was like?

Yes, that was in 2019, which we know was a lifetime ago. That award was for a solo show that I wrote called Chicho. It premiered at Theatre Passe Muraille in March of 2019 and it was produced by TPM, and Pencil Kit Productions, directed by Claren Grosz, who’s a dear friend and collaborator of mine, and the artistic director of Pencil Kit. There was also significant support, development, encouragement, and love from Aluna Theatre.

The show follows Chicho, who we call a Man-Boy, from somewhere else, who’s trying to give this perfect presentation, but keeps getting interrupted by his guilt and shame. It’s this queer coming-of-age journey in Canada that gets interrupted by the Venezuelan crisis. So the audience sees one person being liberated while an entire other country collapses. It’s very funny, but also very heavy and intense. We asked some really hard and very personally illuminating questions. And I think that resonated with some people.

The award that I won was for outstanding individual performance. And we got a nomination for Outstanding New Play for the writing, which is cool. I am very proud of that show and that performance, I feel like all of my training led up to that show. I learned so much about myself, particularly as a performer, but also as a writer that was putting writing out into the world for the first time.

Is Chicho available to audiences to see right now? Or was it taken a bit of course because of the pandemic?

So what was going to happen was we were going to do a tour through Ontario Presents in May of 2020. We were going to go to Montreal, to the west of Canada; trying to take it back to Calgary. But of course, COVID happened. So we shifted gears.

I was already shifting gears as an actor heading into filming TV. I was also really curious about screenwriting so I adapted the play into a short film and a pilot for a series. We made the short film in July of 2021. And we’re currently in the very thick of post-production. And we’re hoping to premiere it and show it to the world next fall. It’s been super exciting to condense this 90-minute show into a seven-minute film.

Wow, I didn’t even know that all of this was happening. I’m so glad I asked. Do we see a lot of you in terms of on-screen and the casting of the film?

Yes, I am the only actor on screen because of COVID restrictions. And I was also really interested in how to make a solo show into a film and then into a series. And that led to some really interesting things. Chico has an Alter Ego called Chichi that kind of comes in and makes fun of Chicho throughout. And there are hints of other characters. There’s like a note that Chicho’s mom leaves and hints that there’s another world but on screen, it’s, just me for now, a lot of me.

So what are some of the messages or things that you hope that people get when they look at the film?

Ooh, I think it’s already causing a lot of interesting conversations. I think it shows someone who is genuinely excited and full of wonder about the world and themselves. We ask some really hard questions about privilege. And about how this person explores their personality and finds liberation in Canada while experiencing daily survivor’s guilt.

I also wanted to make something for the Venezuelan diaspora because so many people have left in the last five years as refugees due to that crisis. And we prioritized queer, trans artists and BIPOC artists, who also have a relationship to displacement, or diaspora or immigration.

So we’re very hopeful that it lets people see themselves whether they are North American or from somewhere else. We also want to challenge the fact that being queer is not cool in the culture that I come from and in a lot of other places. So it highlights the amazing, beautiful things that I own and love about my culture, and shows the things that don’t always match up and make people uncomfortable.

We’ve described it as a flashlight and a mirror at the same time. But I just hope it causes conversation, which I’m happy to say that I think it’s already doing even in the development stage. It’s been a fascinating process.

So where can we see the film Chicho?

I’m sending some sneak peeks of the film through my own social media channels. I’m @AugustoBitter pretty much everywhere. And you can find out more through Pencil Kit Productions. And in the fall will begin a new cycle of film festivals so we plan to tour the film. So we’re hoping to start in the fall, but obviously, nothing’s confirmed.

Thank you so much for sharing with us, I’m super excited to see the film and we wish you all the best.

Find Augusto via: website|facebook|instagram
See the past interviews here.

April 6, 2022
Ontario Presents and its member presenting organizations recognize the importance of presenting Indigenous artists, stories and culture as part of their presenting practice. As we continue to encourage the respectful presentation of...

March 9, 2022
Ontario Presents and its member presenting organizations recognize the importance of presenting Indigenous artists, stories and culture as part of their presenting practice. As we continue to encourage the respectful presentation of...