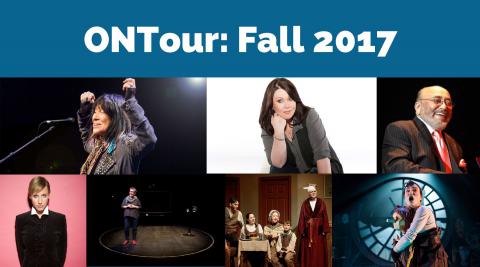 In the fall of 2017, 18 communities across Ontario experienced high-quality performances by Canadian and International artists booked through the Ontario Presents Block Booking Program.

This month we are looking back at the shows that just completed successful OP member tours. Stay tuned for news on upcoming shows!

Jann Arden is a Canadian born, singer, songwriter, broadcaster and author. The much celebrated multi-platinum, award winning artist catapulted onto the Canadian music scene in 1993 with the release of her debut album “Time For Mercy” featuring the hit single, I Would Die For You. A year later with “Living Under June”, she would have her career break out hit Insensitive that would solidify her position in the music world.  To date, Arden has released 11 albums with 19 top ten singles. Her most recent recording is Uncover Me2 - a broad spectrum collection of songs, produced by award-winning Hall of Fame inductee, Bob Rock. 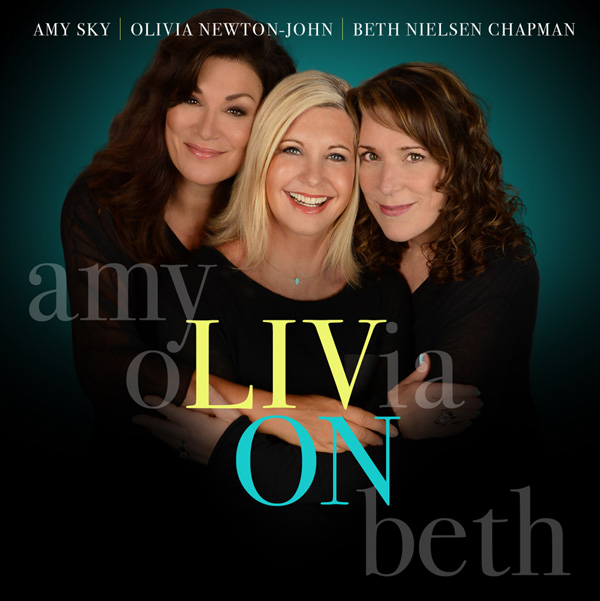 International superstar and multiple Grammy Award-winner Olivia Newton-John, Grammy nominee Beth Nielsen Chapman and SOCAN Award-winner Amy Sky are lending their vocal and songwriting talents to create “LIV ON,” a collaborative, newly recorded eleven-song collection intended for those who wish to transcend loss while walking a journey toward new-found meaning and hope.

An Evening with Mary Walsh and Cathy Jones 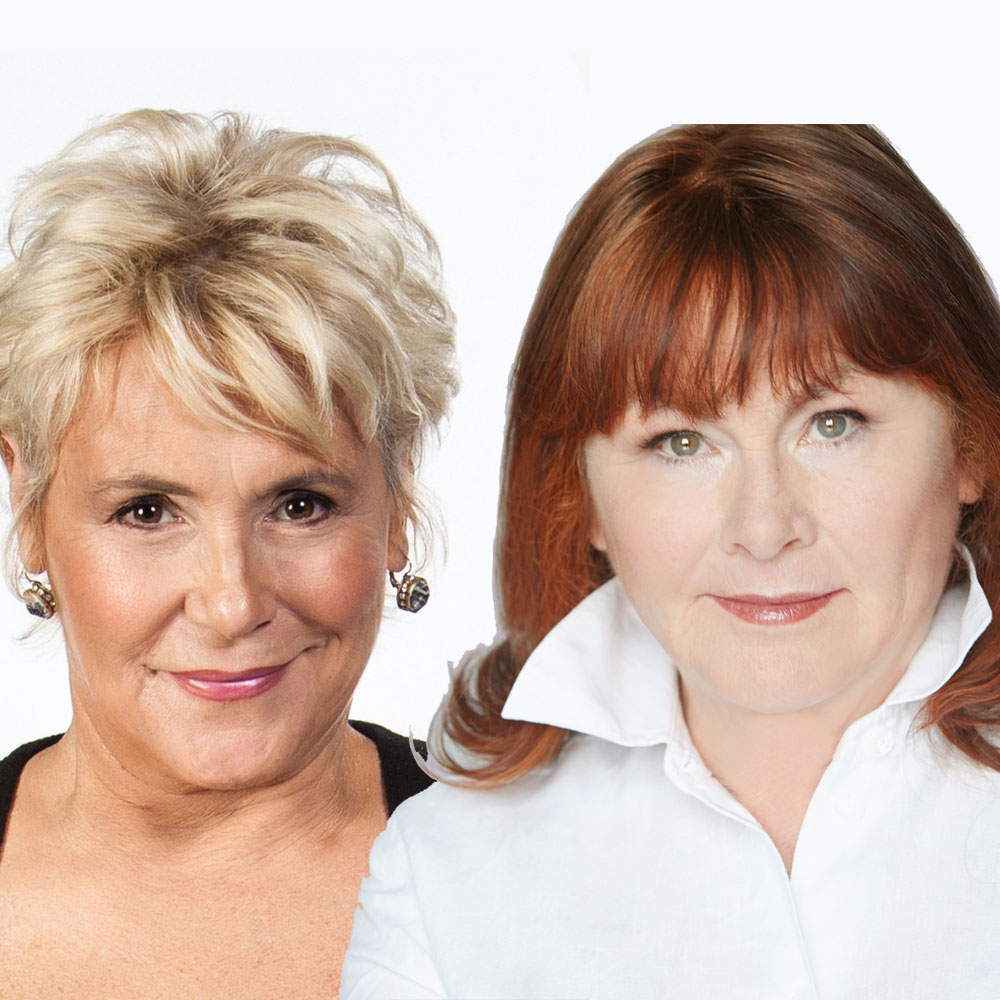 Canadian cultural icons and two of our country’s most beloved comediennes, Cathy Jones and Mary Walsh team up for a comedy double-bill that promises to be twice as entertaining. Both founding members of the award-winning comedy troupe CODCO and stars of the hit sketch show This Hour Has 22 Minutes, these two audience favourites will have the audience in stitches as they share their unique perspectives on aging, sex, diet and neuroses, and perform some of their best comedic bits and most popular characters, along with up-to-the-minute political satire.

Legendary singer-songwriter GRAHAM NASH is a two-time Rock and Roll Hall of Fame inductee-with Crosby, Stills, and Nash and with the Hollies. He was also inducted into the Songwriter’s Hall of Fame twice, as a solo artist and with CSN, and he is a GRAMMY Award winner.

Born from a talking piece of wood carved by the old Geppetto, the rebellious, cheeky and careless Pinocchio discovers the meaning of growing up through a thousand trials. To become a real boy, he will have to face Mangiafuoco, the terrible Puppet Master, suffer the malice of the Fox and his sidekick, the Cat, escape from Toyland and save his father from the belly of the giant fish! Pinocchio is a production of Tout à Trac, in coproduction with Place des Arts and the Tennessee Performing Arts Center. 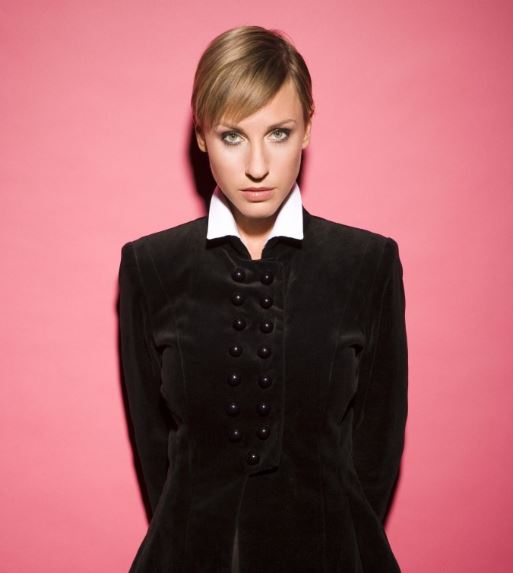 Patricia O’Callaghan’s fifteen-year career has taken her across genres, continents, and a range of disciplines and passions. Her recording career spans five solo albums and many interesting visits along the way as a guest on other artists’ CDs. A speaker of French, Spanish, and German, her early recordings focused on European cabaret, and she is considered a specialist, most significantly, in the music of Kurt Weill. Patricia has performed his Threepenny Opera, Seven Deadly Sins, and Kleine Mahagonny with Soulpepper Theatre Company, Edmonton Opera, and Vancouver Opera, to name a few.

Buffy Sainte-Marie is touring constantly, and coming off her critically acclaimed, award-winning 2015 album Power in the Blood, nobody could ever accuse the Academy Award-winning songwriter of taking it easy. Since her groundbreaking debut, 1964’s It’s My Way!, the Cree singer-songwriter has been a trailblazer and a tireless advocate, an innovative artist, and a disruptor of the status quo.

A Passage to Bollywood is a vibrant stage musical with foot-tapping music, colourful costumes and a gripping plot that keeps you at the edge of your seat. Covering various aspects of the Indian Bollywood culture, it comprises old classics as well as the latest Bollywood songs. The audience can expect to experience drama, action, romance and dance as in a Bollywood film. A popular pot boiler, this one-hour entertainment capsule of music and dance will cut across all genres and is guaranteed to engage and entertain. 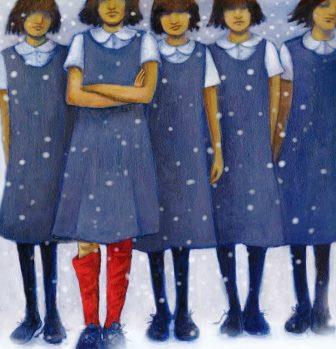 Fatty Legs is set in Canada’s far north and is the story of Olemaun Pokiak who dreams of learning to read. But when she arrives at Residential School she is given the name Margaret, has her long braids cut off, and is made to wear itchy red wool socks as an example of her “unworthiness.” Treated cruelly by classmates and teachers, Margaret devises a plan to ensure the red stockings won’t cause her any more humiliation. Based on a true story, this show combines ethereal singing, engaging narration, and contemporary Indigenous dance in its adaptation of the book Fatty Legs by Christy Jordan-Fenton and Margaret Pokiak Fenton.

Internationally recognized author and spoken word artist Shane Koyczan has emerged as a creator of poetry that dares to belong to the people and speak directly to them in their own voice. Koyczan has collaborated with animators to make the anti-bullying viral video “To This Day” which has had over 13 million views, and he performed a customized version “For the Bullied and the Beautiful” to acclaim at the International TED Conference in Long Beach, California. Koyczan shapes his words and delivers in multimedia, from authored, video, spoken word, operatic, and musically performed.

Mr. Palmieri, known for his charismatic power and bold innovative drive celebrates his 80th birthday in 2017 with a historic tour entitled “Eddie at 80”. With a musical career that spans over 50 years as a pianist, bandleader and composer of Salsa and Latin jazz, Mr. Palmieri made history by winning the first ever Grammy award for Best Latin recording in 1975. With 10 Grammys and 36 recordings to his name, Mr. Palmieri’s contribution to the Latin music canon is unparalleled. Through his influence in jazz, salsa, funk and even boogaloo, Palmieri is a trailblazer whose genre-busting sound has managed to survive generations of shifting tastes and trends.

The Men of the Deeps 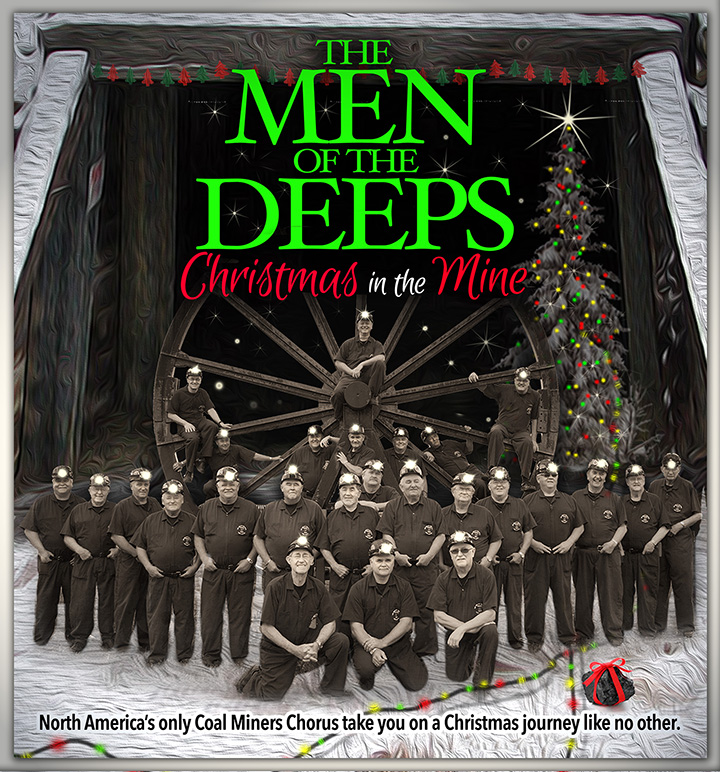 Men of the Deeps, North America’s only coal miners’ choir celebrates its 50th anniversary with its first ever solo Christmas tour. The Men of the Deeps is a choir of working and retired coal miners from the island of Cape Breton in Nova Scotia, Canada. Organized in 1966 as part of Cape Breton’s contribution to Canada’s Centennial Year (1967), the group’s inception was an effort by the people of Cape Breton to preserve in song some of the rich folklore of that island’s coal mining communities. 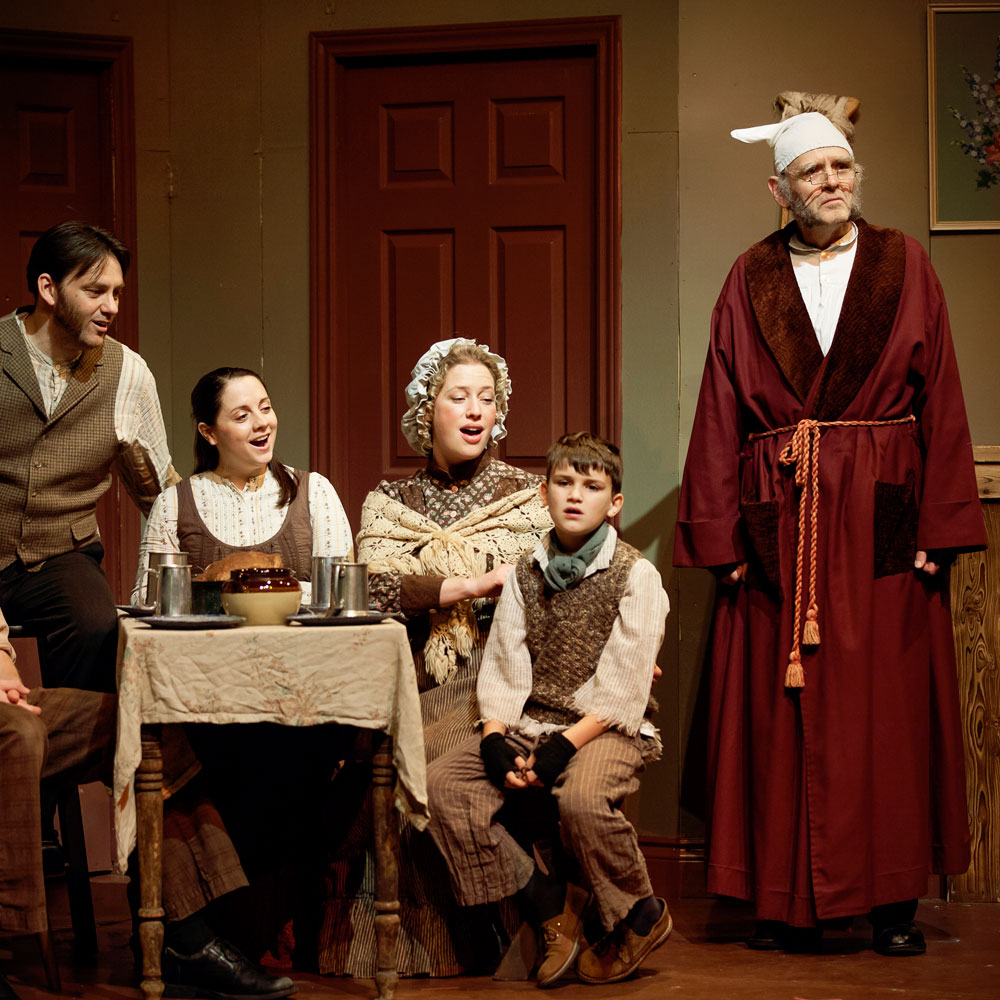 Scrooge’s journey to discover the true meaning of Christmas comes alive with song, dance, special effects and a brilliant cast led by Rod Campbell (nine seasons at Shaw Festival, Ragtime on Broadway) as Scrooge. Complete with a fabulous new concert of all your Yuletide favourites! A joyous & entertaining experience for young and old – and a wonderful start to everyone’s Christmas.

February 2, 2021
Ontario Presents and its member presenting organizations recognize the importance of presenting Indigenous artists, stories and culture as part of their presenting practice. As we continue to encourage the respectful presentation of...

January 29, 2021
Ontario Presents and its member presenting organizations recognize the importance of presenting Indigenous artists, stories and culture as part of their presenting practice. As we continue to encourage the respectful presentation of...

January 8, 2021
Ontario Presents and its member presenting organizations recognize the importance of presenting Indigenous artists, stories and culture as part of their presenting practice. As we continue to encourage the respectful presentation of...
END_OF_DOCUMENT_TOKEN_TO_BE_REPLACED