This month we spoke with dancer Montana Summers. 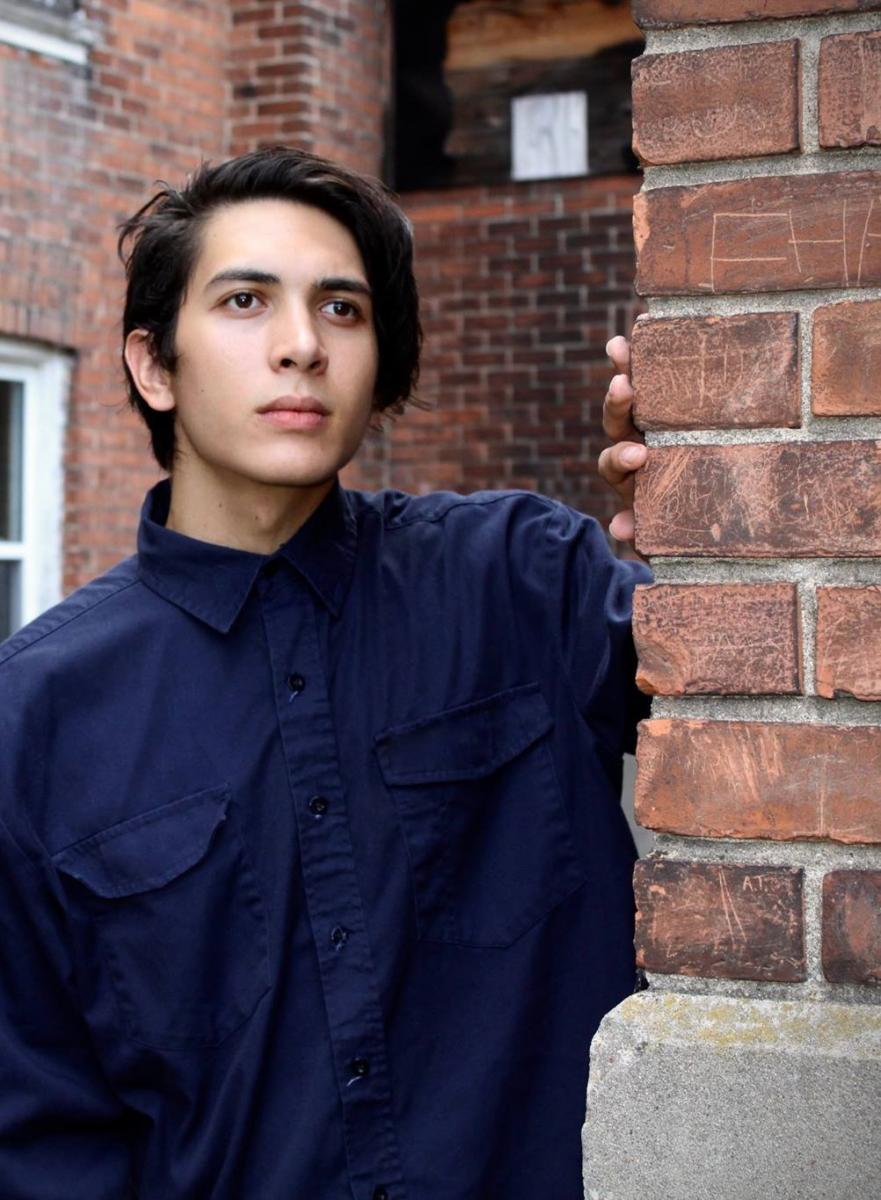 Montana Summers is from the Oneida First Nation of the Thames. Montana began training in the exploration of Indigenous and contemporary dance when he was accepted into the Indigenous Dance Residency (2015) and Kaha:wi Dance Theatre’s Summer Intensive (2016). Montana has also had the chance to work with Kaha:wi Dance Theatre’s Artistic Director Santee Smith with other performances and projects including The Mush Hole (2016-18), The Honouring (2015-17), Medicine Bear, I Lost My Talk – National Arts Centre Orchestra (2016) and for the Opening of the North American Indigenous Games (2017). Additionally, Montana just recently joined The Chimera Project for a new creation, Omen (2018). He has previously worked with The Chimera Project on Bears Stars and Trees (2017). Montana now focuses on creating and teaching workshops/classes for all ages in his home city of London, Ontario.

To start off, can you introduce yourself and your artistic practice?

My name’s Montana Summers. I’m from Oneida Nation of the Thames, which is about 20 minutes outside of London, Ontario. As an artist, I kind of figured I wanted to do dance around grade 10… It was offered at my high school and a cousin of mine told me to take the class. Once I did I just fell in love with dance.

My high school dance teacher, Tracey Iddison-Gubbels… She was the one who really introduced me to Indigenous dance that I never even knew the realm of.  She has an adopted son who is also from Oneida Nation of the Thames, and she raised him to be connected to his Indigenous roots. I think she has a strong will to help the Indigenous students who come through the performing arts program at H.B. Beal.

She got me in contact with this other Indigenous dancer Dayton Hill, who had worked with Santee Smith on this kind of flash mob Indigenous dance. He came to our school and taught it and that opened my eyes to what kind of dances can break the barriers in contemporary dance. Then the following year, my teacher gave me the opportunity to teach that dance to other Indigenous students. She really nurtured my talent and gave me the confidence to be a leader in dance.

As I got into it, I loved it and loved the idea more and more.

Also my dance teacher pushed me to do this residency up in Banff, Alberta, the Indigenous Dance Residency.

That’s when my whole career started. It was my senior year, I had just got out of high school… and I went to Banff for a whole month, working from 9am to 9pm from Monday to Saturday.

It was a really crazy experience but it helped me build my creative thinking within Indigenous dance, because we got to collaborate with people from New Zealand, Fiji, Mongolia, Australia…. It was really incredible, getting to know all these Indigenous people who are fighting for the same art and the same representation. 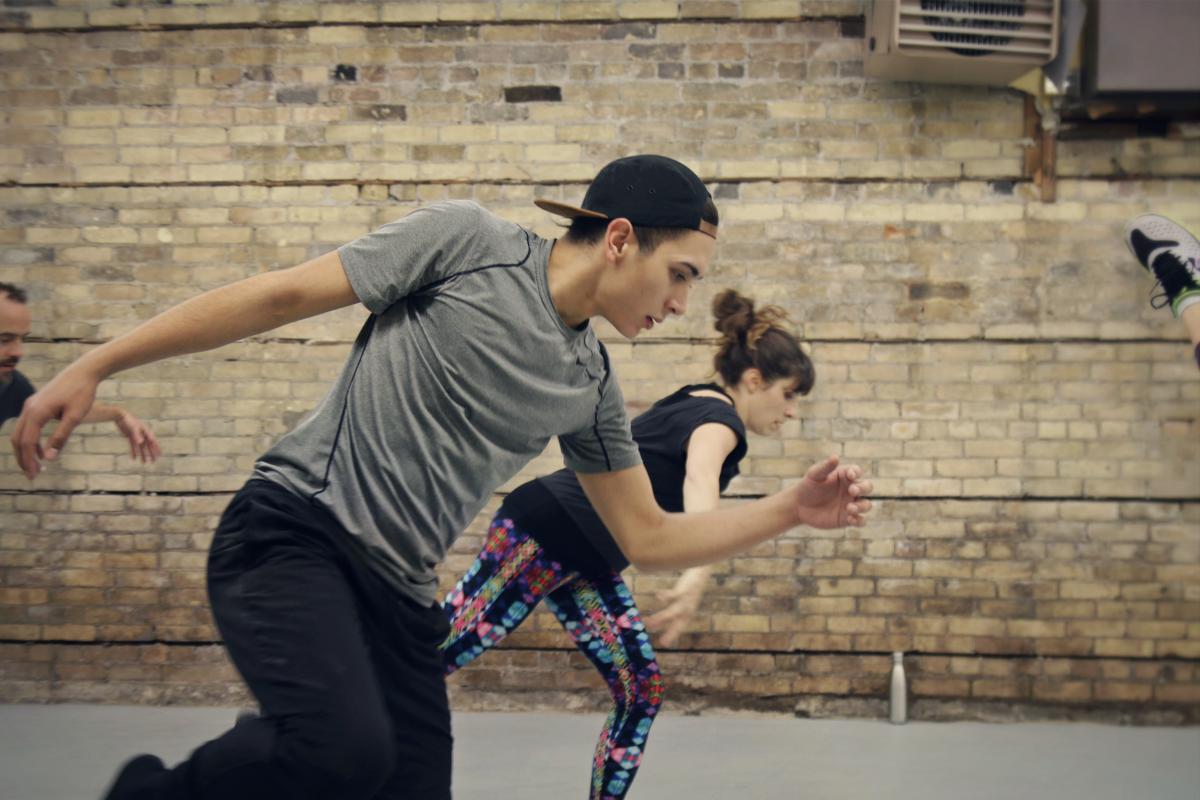 … Halfway through the residency…  I got an email from one of [Santee Smith’s colleagues] asking, “Do you want this contract?”… I was just flabbergasted… so I signed the contract and was given the job with no auditions at all.

So had you met Santee before?

… We only had a small little interaction. I took a workshop and she noticed me… I must have stuck in her mind because she reached out to me while I was at Banff.

… Ever since then I’ve been working professionally. I actually didn’t graduate high school yet because work kept me out of class, and it was just a struggle for me to juggle both. And as a young man, I just felt like art was more important… this is giving me an opportunity to continue this forward and make a career out of it…  I haven’t been back to school but yet I’m still holding up in life, still pursing my career…  It’s really fast paced now, even just out of high school, and I’m only 21 at the moment.

I’m sure there are many, but is there one experience that really stands out when you thought “Wow, I can’t believe I get to do this”? 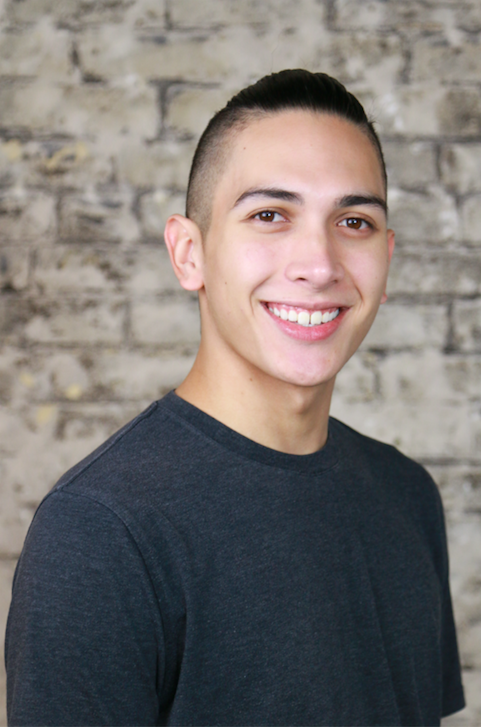 It would definitely have to be working with the National Arts Centre (NAC). We did a piece called I Lost My Talk. It was a multidisciplinary kind of piece with choreographers, directors, multimedia, musicians, composers, all working together to create this piece. It was based off of a poem by Rita Jo, who was a residential school survivor from Shubenacadie school.

It was just amazing… we filmed a portion of the piece in Killbear Park, and we were dancing on rocks, by the lake, in the trees, in the bushes. And working with all of these amazing people from the NAC, and Santee, and other Indigenous dancers. It was just awesome, being every day in the wilderness, dancing, getting to know all these people. All the crew, tech, dancers, and just making a little family while we were there. It was really sweet.

That’s probably the one experience that stands out the most to me and that I’ll always remember.

In other interviews you’ve talked about dance as a bridge to reconciliation, and I’m wondering if you could talk a bit about the role that you think dance can play in building those relationships.

I think dance is a really great way to open dialogue. Nowadays, when people see news, like murdered and missing Indigenous women, or other things about our poverty, they sort of just ignore it. And when it’s just put in a newsline, they just don’t want to read it.

But when you put it in an art form in front of them, for them to actually think about and want to know more meaning behind, that’s when they really start to click.

I’ve noticed with shows that I’ve done, like this one show called The Honouring which was about the War of 1812, the story of the Haudenosaunee people and their perspective of the war, being caught between two sides. We had people apologizing, and that’s what I don’t want.

It’s already happened, we can’t go back and change it, but we can move on in a healthier way and find out ways that we can do things better, and have a better conversation, have better dialogue so we can fix these kind of problems so that they won’t happen again.

… the art really reveals truth in such a way that it attracts more people’s attention. That’s what I really want.

What’s next for you, I believe you’re working on something with Santee right now?

Yes, we just premiered The Mush Hole, which is about the Mohawk residential school, the first one that was ever built. And we did it in-site, on the site of the school. We also went around to Halifax, we premiered it there.

Right now we’re also working on a new creation. It’s called Skennen, which is a word in Mohawk which kind of represents peace, or peace at mind. It’s a peacemaker story, about [a man who] went around and spread peace. But Santee did more research and found a real story to base it off of. Apparently the peacemaker story was kind of changed to make it Christianized, like a Jesus figure. But it was actually a male and female who went around trying to spread the word of peace.

… It’s the third part of a three-piece series. The other two pieces before that Santee worked on have gone to New Zealand, and the States, and everywhere else. So I’m just excited to see where this piece will go next

Thanks Montana for sharing with us! Find Montana on Instagram @mtnsumrs

Photos by: Santee Smith (photo 1) and Nicole Coenen (photos 2 and 3)

November 27, 2021
This Meet The Artist series highlights amazing and talented performing arts professionals from diverse backgrounds. Trinidadian-born saxophonist and composer, Jesse Ryan, has been praised as a fresh new voice, with a unique perspective on the...
END_OF_DOCUMENT_TOKEN_TO_BE_REPLACED