Spotlight on Silla and Rise

This month we spoke with with genre-bending musical trio Silla and Rise. 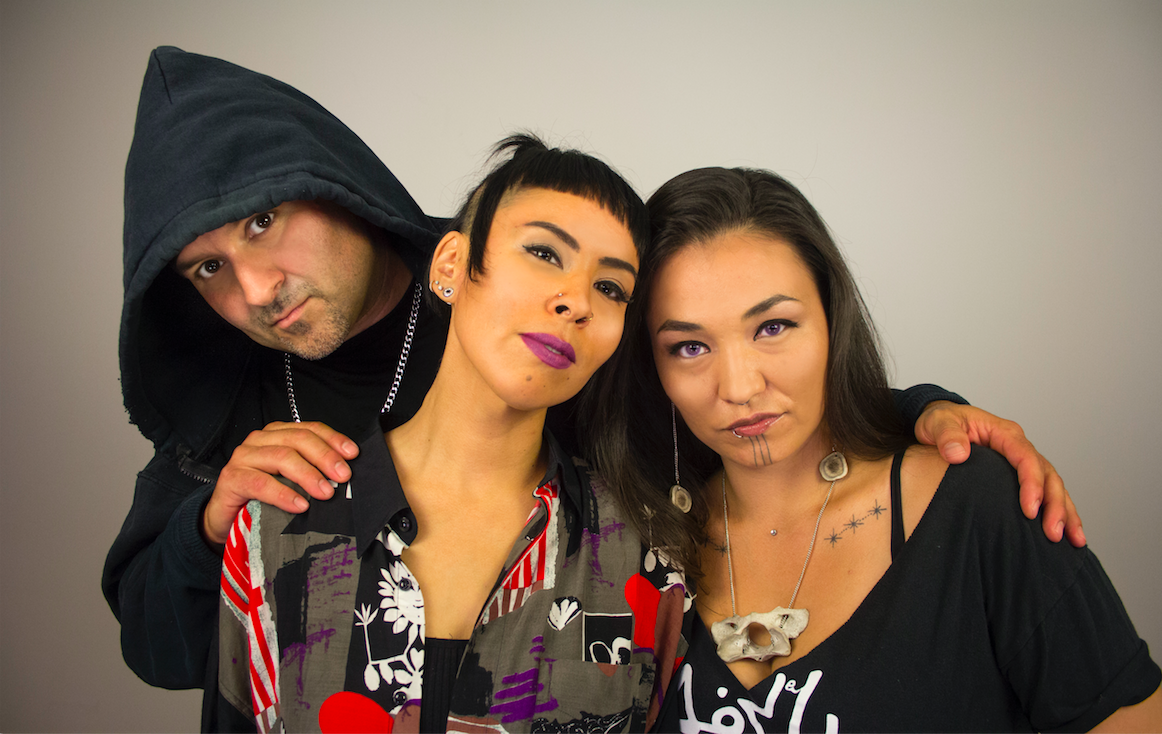 To get us started, can you tell us a bit about yourself and your music?

We are Silla and Rise, a musical trio based in Ottawa, we are a cross-cultural collaboration blending Inuit throat-singing and futuristic dancefloor beats.

Silla are Cynthia Pitsiulak (Kimmirut, NU) and Charlotte Qamaniq (Iglulik, NU) their name comes from the Inuktitut word “Sila” meaning weather. Sila is what surrounds us; it is what connects us to our land, to the moon, sun and stars, the ocean and the air we breathe. In respecting and honouring the need to preserve Inuit culture and paying homage to our land and the strong connection to its spirituality, they perform the sounds of traditional and contemporary throat songs.

Rise is Ottawa’s Rise Ashen, a Juno Award nominated global-grooves producer, DJ and dancer who has spent his life pursuing the intersection of traditional and futuristic music.

Silla and Rise’s music blends Inuit throat-singing and dance beats in a very unique way. How did this partnership between Silla (Cynthia Pitsiulak and Charlotte Qamaniq) and Rise develop?

Initially, in 2015, Rise was hired to perform for an Arctic-themed exhibit at the museum of Nature in Ottawa.  Rise knew Cynthia from having worked on a different project with her.  He was hired to remix music from the 7 circumpolar Indigenous Nations and perform it for the show… when he pitched the museum the idea of having throat singers performed live, the museum gave him a budget. Cynthia brought Charlotte into the mix and the trio came up with 10 songs to perform live.

After the show was done, the response was so positive and we loved the music so much that it was an easy next step to create an album from the material… It was rudimentary compared to what we are up to now, but it was the original impetus that started the project.

Your sound, which has been described as a “sonic experiment,” has clearly been received very positively (including a JUNO award nomination, Indigenous 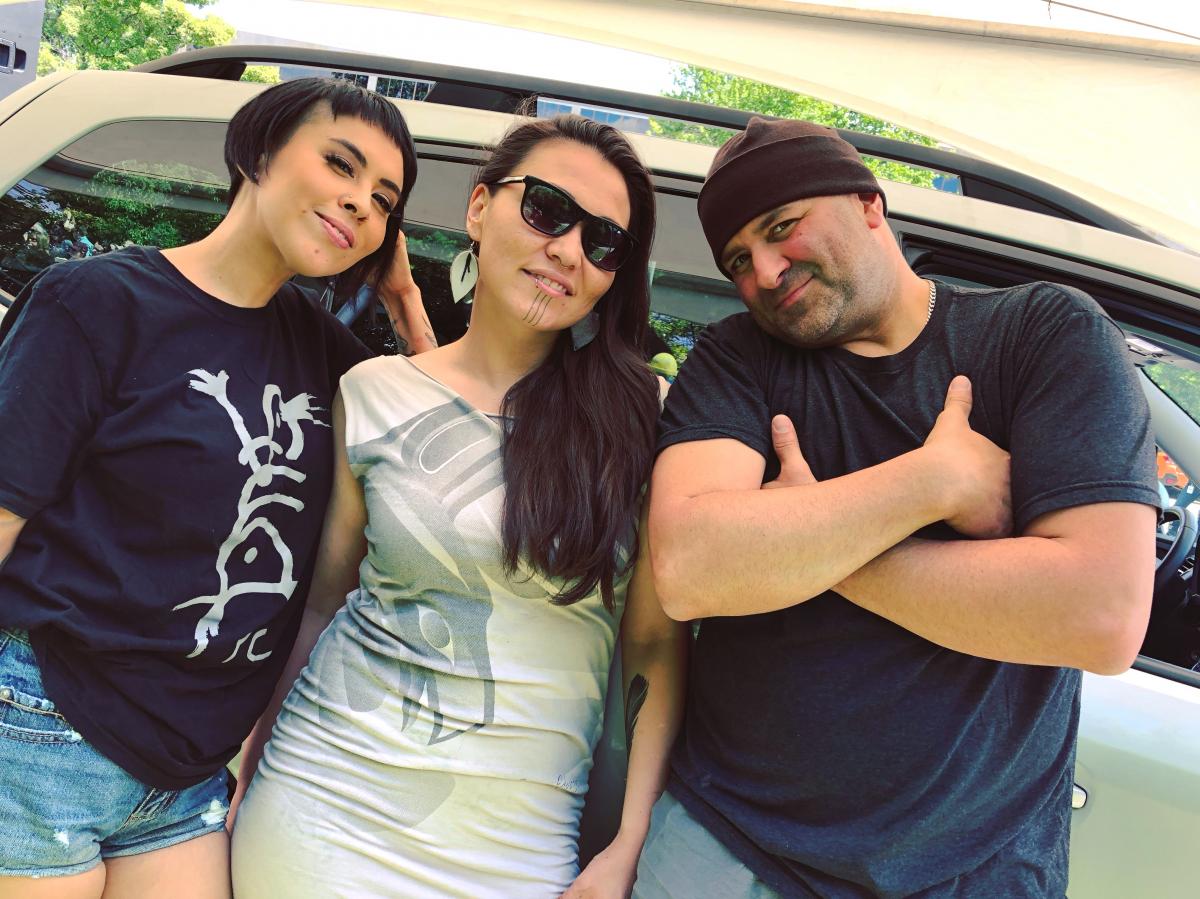 Music Awards nomination and Stingray Rising Star Award). Did you expect any hesitance from audiences when you first released your debut album? Has the reaction been what you expected?

When Cynthia and Charlotte began performing together 13 years ago, the general Canadian audience was not aware of what throat singing was.  This has changed in the last decade and now many more people know about it. Since throat singing was banned by the church up North along with many Inuit cultural practices like tattooing and shamanism, it almost went extinct.

Cynthia and Charlotte are part of the new wave of strong Inuit women who are revitalizing the practice. They are no strangers to racism and xenophobia and so for them they are not surprised when the inevitable ignorant comments are posted online, though that doesn’t make the comments less hurtful.

In the big picture, however, the overwhelming response from both Inuit and settlers has been extremely positive. We have been welcomed by countless audiences and presenters, notably in Norway last summer, and we feel that we are contributing positively by sharing the beautiful Inuit tradition of throat singing with audiences on dancefloors in a new and different way which they haven’t experienced before.

You are releasing a new album this month, what excites you most about this new project?

We are so proud of this new album; it features some amazing guests like Jah’kota, Kelly Fraser, LB and Melody McKiver.  Many of the songs on there have been played countless times live and they are very different from our early forays on our debut.

The album is called Galactic Gala, it’s an interstellar dance party bringing different worlds together. We are excited to unleash it on our galaxy.  The sound has matured a lot since we started. We have explored a much wider pallet and we feel we have done so while still respecting the original form of the tradition of throat singing.

October 5th is our album release party at the Mercury Lounge in Ottawa! We will also be playing a show in Vancouver for the first time on October 10th, we are excited to share our music there, as well as in Montreal November 7th for Inuit Day.

facebook.com/sillaandrise is the best way :-)

Thank you to Silla and Rise for sharing with us!

November 27, 2021
This Meet The Artist series highlights amazing and talented performing arts professionals from diverse backgrounds. Trinidadian-born saxophonist and composer, Jesse Ryan, has been praised as a fresh new voice, with a unique perspective on the...
END_OF_DOCUMENT_TOKEN_TO_BE_REPLACED