At a special Awards dinner held during Ontario Contact 2012, five members of the touring sector received awards recognizing their contribution to the sector.

The first of these was an award for Emerging Artist of the Year. Awarded for the first time, the nominating panel requested recognition for Bboyizm for the approach taken by the company when they decided that they would like to participate in the touring sector. Crazy Smooth demonstrated the approach that leads to success – asking questions, seeking advice and doing everything possible to prepare the company before taking it on the road. 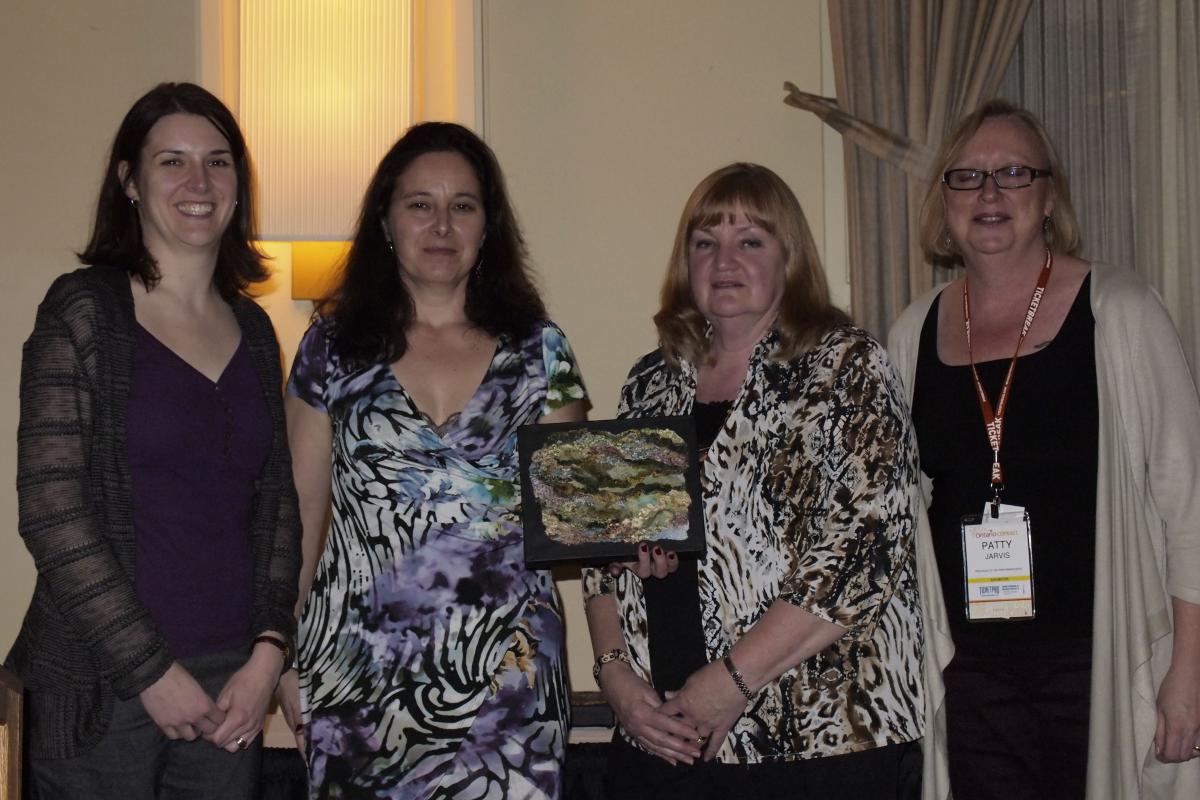 Agent of the Year went to Prologue to the Performing Arts for their vision and personal investment in helping their artists to build strong relationships in the community. Their commitment behind initiatives such as the Arts Ed Forums bringing artists, presenters, educators and venue managers together to build relationships is an indication of the leadership demonstrated to the touring sector.  Prologue’s investment in and support of artists reaching out to children and youth contributes to the overall health of the sector, vital for maintaining the health of the sector as a whole. 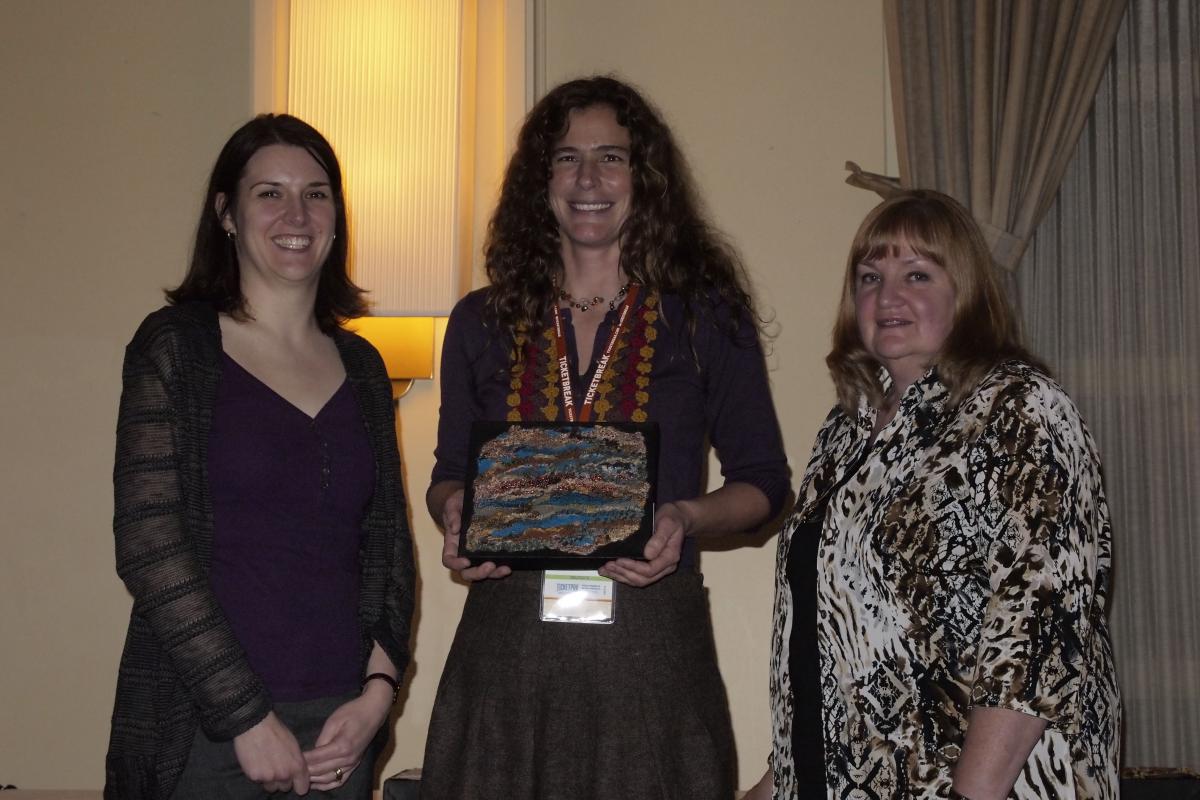 Felicity Wowk, a volunteer with Pied Piper Kidshows in Haileybury Ontaro received Presenter of the Year. Felicity is a natural leader, with vision, determination and passion. She empowers the entire NE Region helping other presenters access additional funds, connecting with the Francophone community and kickstarting new series. Proactive and inspiring, she prefers to work quietly in the background while connecting artists, presenters and audiences. 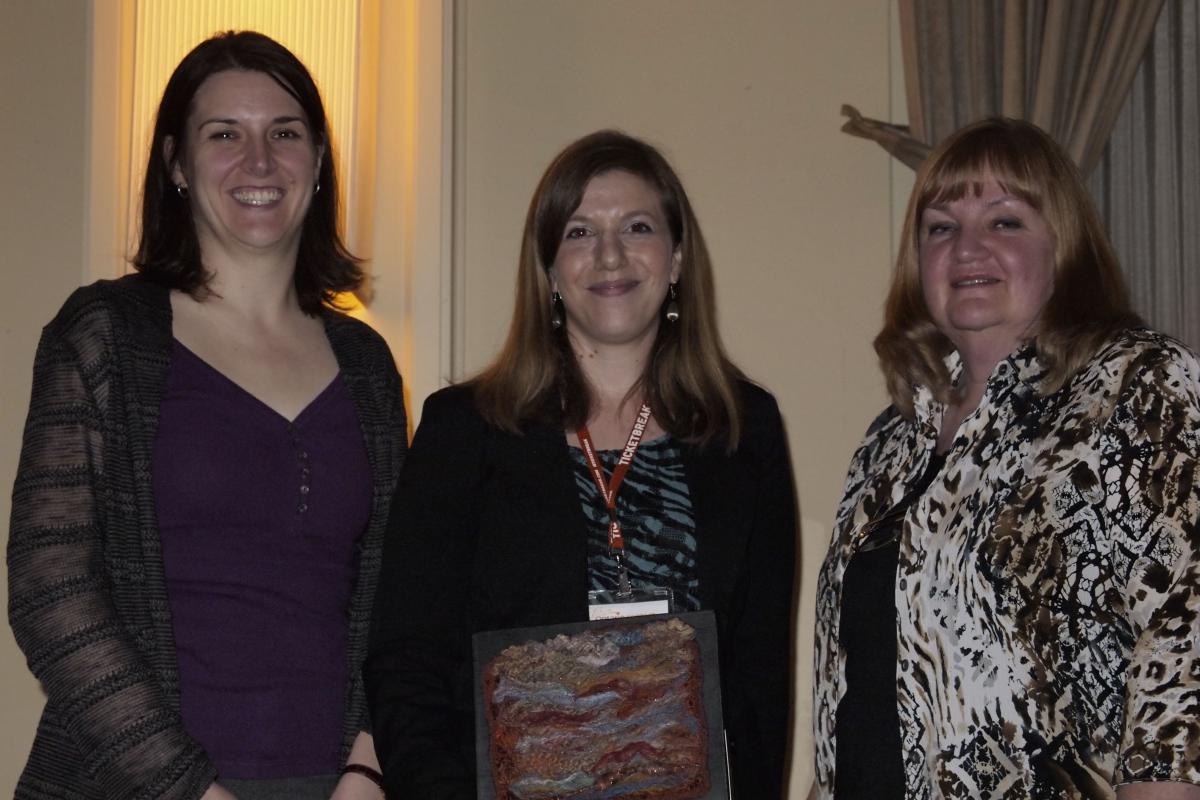 Artist of the Year is presented to an artist or company that has had tremendous impact on the touring sector, often through going above and beyond what is expected of the relationship between the presenter and the artist. This year the award was presented to a group that has extended their commitment into the community and the next generation of concert attendees. Artist of the Year was awarded to the Gryphon Trio, in particular for their Listen Up Project which brings together literature, poetry and local composers to build community engagement. The Trio is internationally recognized but continues to maintain a strong and supporting role in their home province and has done much to re-energize classical music presenters. 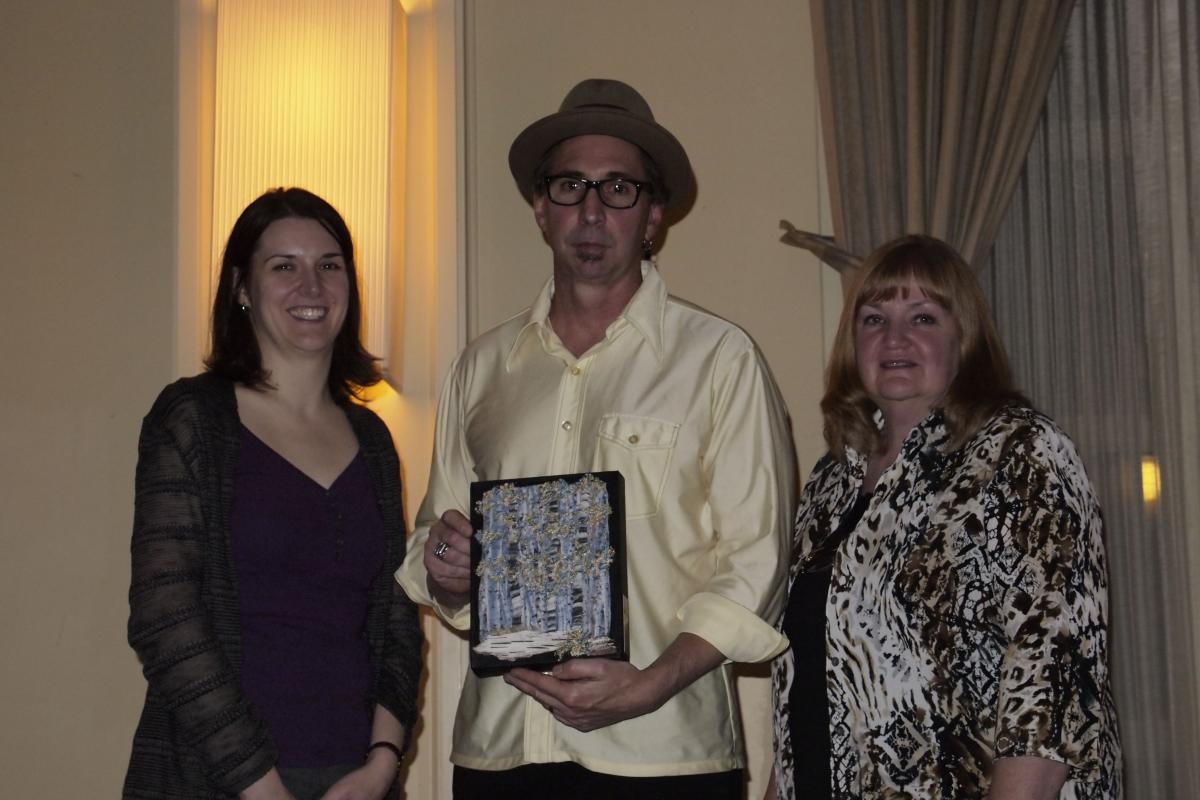 The Award of Excellence is presented to anyone working in the touring sector who has an extraordinary impact on the sector. This year it was presented to Mike Stevens, harmonica virtuoso, of Sarnia. Mike is known internationally for his music which has inspired so many of us. He is also an inspiration for being a socially motivated and conscious human being. He puts his own health and life on the line to so the work that he does through ArtsCan Circle, a non-profit organization to bring artists and indigenous Canadian youth together through creative expression. Mike’s work in this area not only inspires the youth who gain a voice through Mike, but also other musicians. Through his music and his passion for the creative voice as a life changing instrument. www.mikestevensmusic.com

The Ontario Contact Awards are presented annually at the Ontario Contact conference. Nominations are accepted throughout the year and a nominating panel meets to discuss the nominees and determine which best represents the values of Ontario Contact and the touring sector. Each year an artist from within the hosting community is chosen to create the awards. The 2012 awards were created by Judy Gascho-Jutzi, a Kitchener artist working in fibre art. Judy’s passion for her fibre art comes from a love of colour, fabrics, fibres and a strong connection to nature. After graduating from an extensive art and interior design program and custom sewing for her freelance business, she began creating unique quilts for charity auctions. Several commissions of her realistic three-dimensional landscapes focused on the portrayal of conservation and respect for nature. Many pieces of her distinctive style of work have been accepted into juried exhibitions and are seen worldwide.

Ontario Contact is a conference designed for bringing together members of the touring sector for networking, showcases and professional development. Produced by CCI Ontario’s Presenting Network, it is a major tool for showcasing the arts and fostering creative communities. Over 500 artists, presenters, agents and managers come together during the conference.

Photo is courtesy of Ron Hewson

September 24, 2021
We are so excited to be gathering with the performing arts sector this month at Contact ONTour! The virtual conference is packed with interesting professional development workshops, beautiful showcases, and exciting opportunities for...

August 1, 2021
We promise that this won't take up too much of your vacation time!We just thought that you would want to remain up to date with the latest virtual events, professional development opportunities, research initiatives, updates, grant...

July 8, 2021
It's Summer Time!We know that many of you are planning to be outdoors enjoying the warm weather with your family and loved ones and that there are some of you who will continue to work hard all month as we reopen the sector. Regardless of what you...
END_OF_DOCUMENT_TOKEN_TO_BE_REPLACED